President of the United States (US)  Donald Trump and President-elect Joe Biden attended the Heroes Day ceremony separately on Wednesday (11/11). Trump's presence will also be his first appearance since the presidential election on November 3. 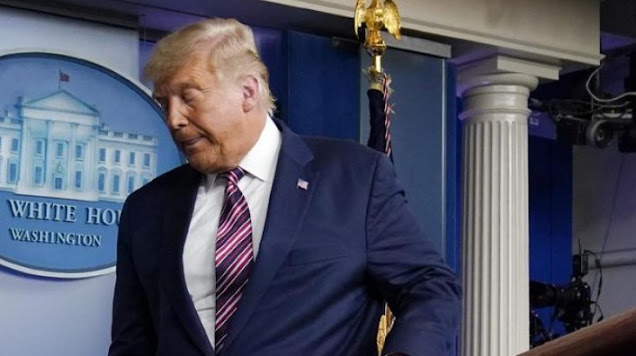 Quoted by AFP, Trump visited Arlington National Cemetery to attend a wreath-laying ceremony at around 11:30 local time. Trump also made no public statements.

In the commemoration, Trump was accompanied by First Lady Melania Trump and Vice President Mike Pence and his wife Karen Pence.

Biden also issued a statement in honor of the veterans. It says all those who have fought and sacrificed for the country are a warrior. The president-elect also promised to help veterans and their families.

"We have only one absolutely sacred obligation: to prepare and equip our troops, we send them on dangerous roads, and to care for them and their families when they return home," Biden said in a statement.

Based on the results of CNN Projection, Biden will become the 46th president of the US, after the victory in the state where he was born puts him on the 270 electoral votes needed to win.

Biden now has a total of 279 electoral votes with Donald Trump gaining 217 votes.

However, Trump still hasn't acknowledged Biden's victory. He has always claimed victory while accusing him of cheating via Twitter. In fact, Trump and his campaign team confirmed that they would take legal action to reject the presidential election results that won Biden.