Although it is included in the category of wild plants, dandelion has health benefits when consumed as a tea. Dandelion tea can come from flower petals, leaves, and even roots. 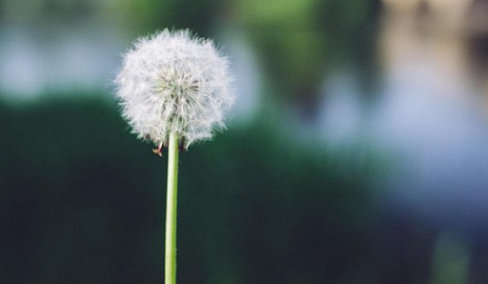 To become a tea, dandelion roots and leaves can be boiled to enjoy the water or roasted dry before brewing and drinking. However, if you don't have the access or time to find this plant, you can also enjoy dandelion tea in a ready-to-brew form to get the same benefits.

Quoting Healthline, here are some of the health benefits of consuming dandelion tea.

Want to drink coffee but not 'strong' with caffeine content, dandelion tea can be an option. Dandelion tea made from dandelion root has benefits to increase energy and concentration like coffee. In addition, dandelion root tea has a taste not much different from coffee.

A study in Korea showed that dandelion can have a similar effect to the weight loss medicine orlistat, which works by inhibiting pancreatic lipase or an enzyme released during digestion to break down fat.

The results obtained through experiments on mice prompted researchers to undertake further studies on the possible anti-obesity offered by dandelion tea.

Although the research conducted is limited to observations, dandelion tea has long been used as a drink to treat a number of digestive problems. In Korea, traditional dandelion tea is believed to improve appetite, nourish the digestive system, and treat constipation.

Dandelion tea combined with the old urva plant can help prevent and reduce urinary tract infections. Consumption of 2 cups of dandelion tea can improve diuretic function or urination, while uva ursi works as an anti-bacterial.

In traditional medicine, dandelion tea is considered a vitamin for the liver. Naturopathy experts believe that regular consumption of dandelion tea can detoxify the liver, reduce skin and eye problems, and relieve symptoms of liver disease. This ability has also been proven in a 2017 study which found that the polysaccharide content in dandelion is beneficial for better liver function.

A small animal study found that dandelion tea can help normalize blood sugar levels, lower bad cholesterol, and increase good cholesterol in diabetic rats. Although further research is needed, the consumption of dandelion tea can be used as a preventive measure to prevent prediabetes from becoming diabetes.

Prediabetes is a condition in which blood sugar in the body is often high but it is still early to enter the diabetes category. According to the US Centers for Disease Control and Prevention (CDC), about 1 in 3 adults in the US have prediabetes due to a lifestyle of consuming sugar. Prediabetes is completely asymptomatic, so 90 percent of people who experience it are not even aware.