Home/ Disease/ Medicine/What is Hydroxychloroquine and Its Effects for Covid-19 Patients?

What is Hydroxychloroquine and Its Effects for Covid-19 Patients?

Admin
Senin, 03 Agustus 2020
Facebook Twitter
Coronavirus pandemic is still a big problem in many countries. Until mid-April, more than 2.5 million people have been infected with the virus originating from Wuhan, China.

Various ways have been done by a number of parties to prevent the spread of the coronavirus. Researchers are still working hard to find a vaccine that can cure Covid-19's disease.

Although until now the coronavirus vaccine has not been found, researchers have used several drugs to be given to Covid-19 patients, one of which is Hydroxychloroquine.

Hydroxychloroquine is indeed known to be a drug needed to reduce the symptoms of positive patients with Covid-19. It is known that the raw material of this drug is very difficult to obtain because almost all the world scrambles to get this drug.

Then what and how does this Hydroxychloroquine drug work. Summarized from various sources, the following is an explanation for you. 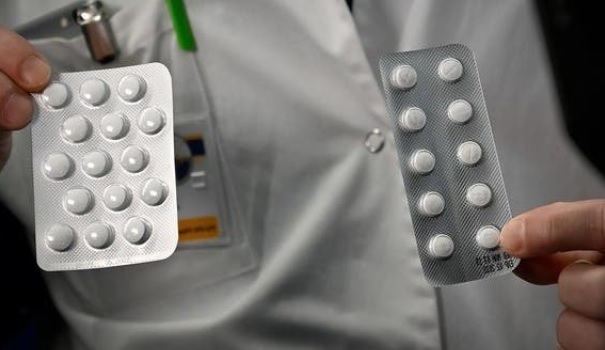 The difference with Chloroquine

Before Hydroxychloroquine, it was known that Chloroquine had already been used to treat Covid-19 patients. As reported by the Sehatq website, Chloroquine is used to prevent and treat malaria. This drug is believed to work to inhibit the entry of the virus into the body.

The Chloroquine drug was then used by the Chinese government to be tested on Covid-19 patients. Patients who receive this treatment, show better lung X-ray results, can inhibit the virus and speed recovery.

Along with the development, there is now a new drug which is still one type with Chloroquine, namely Hydroxychloroquine. Both of these drugs are indeed used for malaria. But based on research, the use of Hydroxychloroquine is considered more effective to kill the coronavirus than Chloroquine that has been used before.

However, other studies have found that consumption of Hydroxychloroquine in Covid-19 patients has the possibility of liver and kidney damage. However, this matter is still further investigated to clarify the facts.

Based on the Sehatq website, a combination of the two drugs has been carried out by French researchers. The study was conducted in 20 Covid-19 patients. The results obtained showed that all patients who received this treatment were declared virologically cured. Where the virus is no longer detected in the patient's body.

Although considered effective, WHO says that research conducted in small scopes and using non-random methods cannot show accurate results. So in this case, further research is still needed to strengthen the facts mentioned.
Facebook Twitter