Admin
Selasa, 04 Agustus 2020
Facebook Twitter
Blepharitis is inflammation of the eyelid that can irritate anyone. There are various ways to overcome blepharitis, both through treatment at home and treatment from a doctor.

Ways to treat blepharitis can be done to relieve symptoms and avoid various risks of complications. Blepharitis can cause symptoms that feel uncomfortable, starting from the two eyelids are swollen, itchy red, and feels like burning.

In addition to uncomfortable symptoms, blepharitis that is not treated immediately can also cause eyelashes to fall out, blurred eyes, and be sensitive to light ( photophobia ). 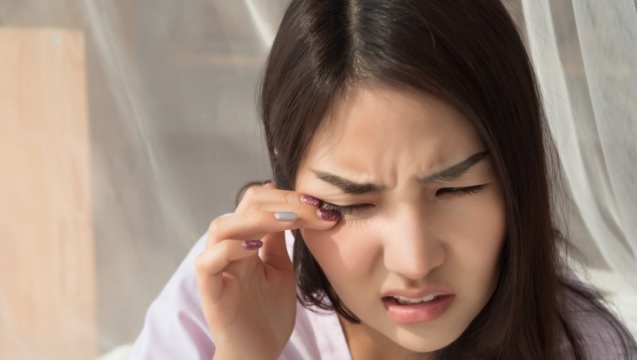 Most cases of blepharitis can be treated through treatment at home. The first steps you can take are as follows:


After compressing the eyes alternately, the next step is to clean the eyelids. The trick is as follows:


How to deal with blepharitis at home you can do this regularly for 2-4 times a day, until the symptoms of blepharitis that you experience disappear.

How to Treat Blepharitis with Medication

The use of drugs is usually done after treatment at home is not effective enough to relieve the symptoms of blepharitis. The following are some medicines that doctors usually prescribe to treat blepharitis:

In the case of blepharitis caused by a bacterial infection, the drug that is commonly prescribed is antibiotics in the form of eye drops or ointments. However, if both drugs are not yet effective enough in treating blepharitis, the doctor can prescribe antibiotics in tablet form.

In certain cases, your doctor may also prescribe immunomodulatory drugs, such as ciclosporin. This drug works by reducing the response of the immune system so that it can reduce inflammation.

Before taking any of the above medications, it is recommended that you always pay attention to the dosage and how to use it again according to the doctor's instructions or instructions on the drug packaging label.

During the healing period, both by natural means and treatment, you are also advised to maintain facial hygiene and hair, because this also affects the eyelids. Also, avoid rubbing the eyes when the eyes feel itchy.