Tips for Facing a Husband Who Likes to Speak Roughly

Admin
Jumat, 21 Agustus 2020
Facebook Twitter
Disputes are commonplace in a marriage. However, if your husband always says harshly every time you fight, of course, this can hurt your heart and often make the situation worse. So, how do you deal with a husband who likes to say harshly?

Domestic violence does not always only involve physical. You need to know that harsh words, insults, and taunts from your spouse can also include domestic violence,  but in a verbal form.

Tips for Facing a Husband Who Likes to Speak Roughly 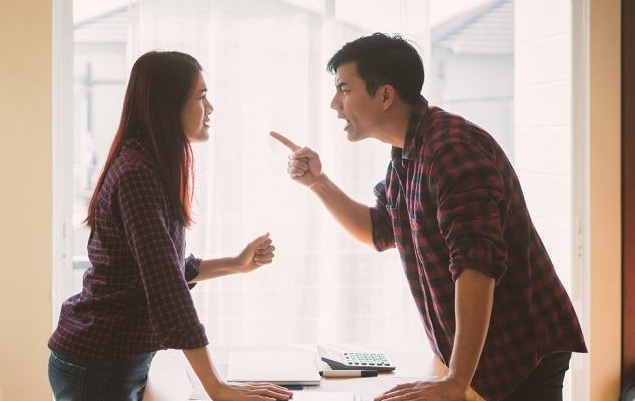 Whatever the reason, saying harsh words to his wife is neither justified nor good behavior for a family leader. If this happens 1-2 times in your household, maybe you can just think of it as an error.

However, if this happens every time there is a problem, even a trivial one, you need to act so that he can change and not repeat his mistakes again.

Here are some tips for dealing with a harsh husband:

First of all, understand that most of the emotional outbursts and harsh words that come out of a person's mouth come from past wounds. So when he starts speaking harshly, try to stay calm and not get emotional or look angry.

Give positive suggestions to your own thoughts. Look at his anger from a different perspective and try to understand what things have opened up past wounds and triggered his anger.

Even though you are hurt by what he said, you must be encouraged not to reply to his harsh words, yes. Swearing back will not solve the problem, it can actually make things worse. It is not impossible that your husband can commit physical violence because of what you say.

In a marriage relationship, there is no win or loss. So, giving in does not mean losing. In this situation, you must be able to cool off a heated situation by the words of your husband.

After all, talking back to someone who is angry is usually useless. Therefore, give in briefly until your husband's anger subsides.

Once his anger has subsided, try to get him to share the reason for his anger and listen to him with empathy. Repeat what he says as confirmation so that he really feels heard.

After he can be discussed, start expressing your opinion with a cool head. Say that what he did was bad and it hurts your heart. Remind him that what he does can be copied by children. However, use soft words and do not corner him.

If he blames you and you do admit your mistake, don't hesitate to apologize to him. You can also kiss or hug him to improve his bad mood.

If all your efforts to listen, have a good discussion and melt her heart don't get rid of her anger and harsh words, it's good to give her some time.

Hearing your husband's harsh words for a long time can certainly have a bad impact on your mental health. You can, really, go away for a while so that he can think clearly and realize his mistakes.

If he really loves you and your children and wants to maintain your marriage, of course, he will try to change into a better person.

There are several reasons why a husband can get angry and speak harshly to his wife. One of them is a hidden emotional trauma. In addition, high levels of stress and mental health problems, such as depression, can also cause a man to become irritable and speak harshly.

If the tips above have been carried out but your husband still says harshly when he is angry, ask him to consult a psychologist or psychiatrist so that the root cause of this harsh speech can be found and resolved immediately.
Facebook Twitter