Reviewing the Anatomy of the Kidney and How It Works

Admin
Kamis, 20 Agustus 2020
Facebook Twitter
Everyone has kidneys in their body. Just like other parts of the body, this organ which is also called the renal has its own parts and ways of working to keep the body healthy. To make it easier to avoid kidney disease, first identify the anatomy of the kidney, from function to how it works.

Anatomy of the human kidney 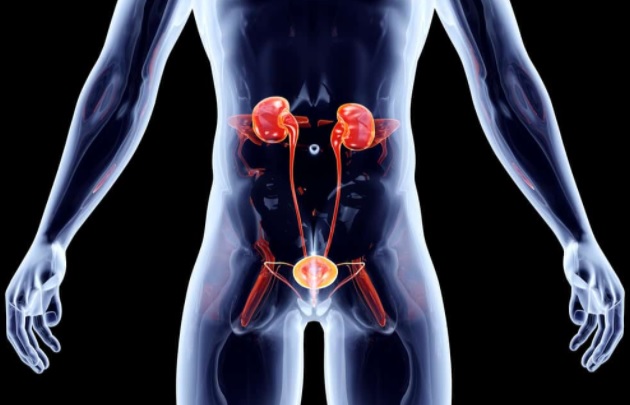 The kidneys are one of the important organs in the body that function to filter blood. This bean-shaped organ is located along the back muscle wall (the posterior abdominal cavity).

In general, the kidneys are fist-sized and are equipped with a pair of ureters, a bladder, and a urethra. All three parts of the kidney carry urine out of the body.

The kidneys are also protected by the ribs and back muscles. Meanwhile, adipose tissue (fat tissue) surrounds the kidneys and acts as a protective cushion for the kidneys.

The anatomy of the kidney is divided into three parts, starting from the outermost part to the inside, namely the renal cortex, renal medulla, and renal pelvis.

The outer part of the kidney is called the cortex. The renal cortex is generally surrounded by a renal capsule and a layer of fat that serves to protect the internal structures of the organs from damage.

The medulla is a smooth kidney tissue. This part of the kidney consists of the loop of Henle and the renal pyramid, which are small structures that contain nephrons and tubules. This tubule is what later functions to transport fluids that enter and remove urine from the kidneys.

The first part of the renal pelvis contains calyces, which are tiny cup-shaped spaces that collect fluid before moving to the bladder. Furthermore, the fluid will enter the hilum, which is a small hole that drains fluid into the bladder.

After discussing the anatomy of the kidney, recognizing what are the functions of this 12 cm long and 6 cm wide organ is also important. Thus, you can maintain good kidney health and reduce the risk of disease.

Just like other organs, the kidneys play an important role in a person's survival. This is because the main function of the kidneys is to filter waste and fluids from the body, both from food, drugs, and toxic substances.

Normally, the kidneys can filter 120-150 liters of blood every day. This blood-filtering usually produces 2 liters of waste which needs to be excreted through 1-2 liters of urine. This is what makes the kidneys equipped with a pair of ureters, bladder, and urethra.

In addition to removing waste products from the body, the renal also reabsorb substances that the body needs, such as amino acids, sodium, sugar, and other nutrients. Kidney function is also affected by the adrenal glands which are located at the top of each kidney.

The adrenal glands then produce the hormone aldosterone, which is a hormone that absorbs calcium from the urine into the blood vessels. This is so that the body can reuse it.


How the kidneys work

Each healthy kidney contains about one million nephrons, the anatomical parts of the kidney that play a role in filtering blood. Apart from filtering the blood, the nephrons also break down nutrients and help disperse the waste from the filter.

In general, each nephron has a filter (filter), namely the glomerulus and tubule. The part of the kidney that passes through the cortex and medulla works in four stages, namely:

Each kidney anatomy works with each other to filter blood and produce urine containing waste and excess fluid to be excreted. The first step the kidneys will do is filter the blood.

The process of filtering the blood is usually assisted by the glomerulus, which is the filter that is part of the renal corpus (Malpighi body). The blood flows from the aorta through the renal arteries to the Malpighi body for filtering.

The residual substance from the filtering results is called primary urine. Primary urine generally contains water, glucose, salt, and urea. The three compounds will be entered and stored temporarily in the Bowman capsule.

This means that substances that can still be used, such as glucose, amino acids, and certain salts will be reabsorbed. This re-absorption is carried out by the proximal tubule and loop of Henle. This process then produces secondary urine which usually contains high levels of urea.

In order for kidney function to run properly, the steps are not only to produce secondary urine. Excretion (augmentation) is the final stage of the operation of the anatomical part of the kidney.

The secondary urine that has been produced will flow into the distal tubule. This process will pass through the blood capillaries which aim to release substances that are not needed by the body.

Thus, urine that will be released by the body can be formed from the results of blood filtering.

When your bladder is full, a signal will be sent to your brain to tell you to go to the toilet immediately. When the bladder has emptied, urine flows out of the body through the urethra, which is located in the area of ​​the bladder.

Recognizing any kidney anatomy is important. This is necessary so that you can maintain good kidney health so that the risk of kidney disease is reduced.

If you don't keep your kidneys healthy, your risk for kidney disease increases. The reason is, kidney damage initially does not cause any symptoms, until the disease enters an advanced stage that requires special treatment.

Here are some diseases related to the kidneys that you need to be aware of.

This kidney disease is caused by a genetic disorder. The polycystic kidney can form cysts in the kidney, leading to kidney failure.

Kidney stones are crystals that form in the renal or are known as urinary stones. These rocks usually come out on their own. If too large, kidney stones require special care so they don't block the urinary tract.

Glomerulonephritis is inflammation that occurs in the glomerulus or small blood vessels that filter blood. If the glomerulus has problems, the kidneys cannot filter the blood properly and can lead to kidney failure.

Acute kidney injury occurs when the renal suddenly stops functioning. This condition occurs rapidly and can lead to a buildup of fluids and waste products that results in bothersome symptoms of kidney disease.

If you experience symptoms of kidney disease for more than 3 months, it is possible that you have chronic kidney failure. This means that the kidneys are no longer able to filter impurities, control the amount of water in the body, and levels of salt and calcium in the blood.

If not treated promptly, serious complications can occur and can be life-threatening. The reason is, kidney function has decreased so rapidly that it requires kidney care, such as dialysis and a kidney transplant to survive.

Apart from some of the kidney problems mentioned above, there are a variety of other kidney diseases that are quite common in people, namely:


The kidneys are an important part of the body's anatomy. If one part of the kidney is damaged, it will certainly affect the health and quality of life. Therefore, it is advisable to carry out routine kidney examinations, especially for those at risk.
Facebook Twitter