Home/ Benefits/Various Benefits to Learning Music from an Early Age

Various Benefits to Learning Music from an Early Age

Music, even though we don't understand the lyrics conveyed in it, almost everyone can enjoy the emotions contained in the song.

Whether it's happy, sad, lonely emotions, and others. Music has a magic-like power that can make us, as listeners, feel happy, sad, joyful, angry, calm, too excited, just by hearing it.

The power of music is really great and amazing. Moreover, when played together with a musical instrument. Various musical instruments spread all over the world. Some of them can only be found in certain countries.

Music is part of human expression 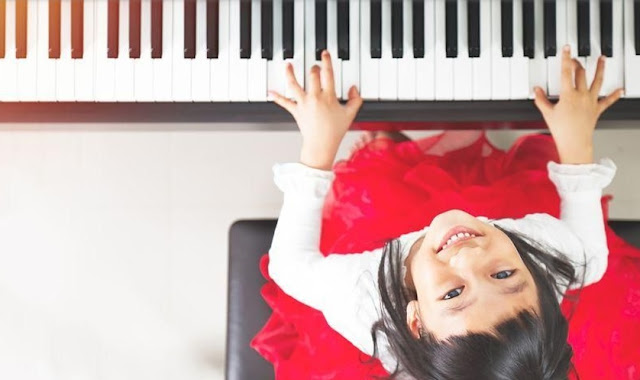 The first benefit of learning music from an early age is with music, it is easier for humans to express their feelings openly.

And, for some people, music is considered to be more able to express feelings than words. Music can be used as an alternative to convey the feelings that are in our hearts.

We could be very happy and excited when we heard a happy song, or we could be sad when we heard Lewis Capaldi's song 'Someone You Loved'. And it could be that your heart trembles when you hear the song 'Believer' Imagine Dragons, you even feel deeply in love with someone when you hear Andmesh Kamaleng's song 'Extraordinary Love'.

Whatever music is heard, it can certainly build up the emotions that are within us. That is why it is said that music has the power to play with emotions and expressions. And the expression is a part of the human soul that is able to influence and play emotions in humans.

Get to know various cultures in the world

The benefits of learning music from an early age can also get to know various cultures in the world. Those who are serious about learning music will not be satisfied if they only learn one or two compositions from a particular musician. Therefore, they will be interested in learning more deeply about the music genre they choose. And learn more musical compositions with different musical colors.

They will learn from history to how to play this instrument to become proficient. And indirectly, those who study music will know the histories that have existed in the world related to the music they learn.

Measuring from here alone, we will know that those who study music will also indirectly know the cultures that exist in the world.

And learning music takes a long time. And it won't be enough for one or two days. Therefore it takes free time to be able to learn music to become proficient.

For example, it takes time to master the violin for months. And once advanced, it usually takes years to master a complex musical composition like Bach's Chaconne from Partita No.2.

It can make us more sensitive and sensitive

Furthermore, learning music can increase self-sensitivity and sensitivity. This can increase when we play music together with friends. Usually, several people from a certain band or music group to enjoy music.

With music, you can unite the feelings of your other friends. And this unified feeling can make us more sensitive and more sensitive.

This can be seen when you are just starting to learn guitar. When studying at the beginning, we will be teetering to move our fingers from key to key. However, if you do this continuously, your fingers will get used to it and you can get better at moving your fingers to play chords to other keys.

These are some of the benefits of learning music from an early age that you should know.
Facebook Twitter