Causes and how to treat Singapore Flu in children 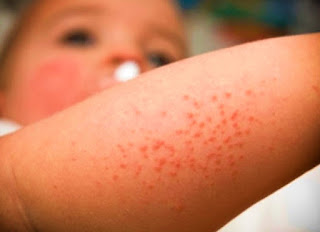 Basically this Singapore flu is a contagious infection and this symptom occurs due to a viral attack. Generally, the disease occurs in children and often occurs in adults but fewer. For children with Singapore flu, they will usually experience the symptoms of watery red-nosed nits and many in the mouth.

In addition, the early symptoms of Singapore flu are high fever, sore throat, drastically decreased appetite and prolonged body malaise. After two days of fever, you will see a wound like mouth sores in your mouths, tongue, and throat. The more days this condition will be followed by the appearance of a rash on the palm of the hand, legs, knees, elbows and also buttocks and gradually this rash will be a very severe wound.

In a study showed that the time of this Singapore flu-causing virus incubation was 3 to 6 days before the onset of symptoms such as the following:

This Singapore Flu can occur due to an infection of viruses and viruses that are the inexcusable enterovirus families. These types of viruses can live on liquids in the nose, throat, saliva, feces and also in the liquid rash that appears on the skin. This problem is very easy to transmit to other people whether it's family, friends and siblings. The transmission of this Singapore flu occurs due to direct contact with the fluid from the body of the sufferer or the goods contaminated by the fluid of the sufferers.

Here are some examples of Singapore's flu transmission:

How to prevent the Singapore Flu in children and infants

1. Wash your hands regularly, especially when you are done using the toilet or finish changing the child's diaper and before preparing meals and before meals. Besides you can compose soap in cleaning your hands, you can also use antiseptic fluid.

2. Keep the cleanliness of your home area especially in the family room and all rooms and toilets. Selian also clean the goods in the House such as tables, chairs, TV remote and also the door handle.

3. Teach our children to always maintain cleanliness. If the child is well-understood and can be asked to communicate then teach them not to often put fingers or other objects into their mouths.

4. If any of the families suffer from Singapore flu we recommend limiting them to direct contact with other family members and it's good to temporarily limit them to exit the house until the symptoms of Singapore flu really don't appear anymore.

How to treat Singapore Flu in children

To prevent the mother should not give it a spicy makana or a drink of sour and soft drinks. Because the food and drinks will make it feel more sick again. For that mother should give her porridge and drinks such as milk, ice cream, yougurt and other fresh fruits. In addition, mothers can also give young coconut water to give liquid and nutrients to the body of the child.

2. Lowering fever in children
The fever that occurs is the beginning of a person suffering Singapore flu. Mothers can use medicines for the heat loss that is widely sold in pharmacies or can also be through a doctor's prescription. But it is first to use a hot-lowering drug that contains acetaminophen or ibuprofen.

For children under the age of 16 years old, we should avoid the treatment of aspirin. This is because the drug can potentially suffer from Reye syndrome.

3. Overcoming itching of the skin
In addition to the above precautions, mothers can also relieve the getal flavor that occurs in children. Bunda can use an itchy remover lotion that can be get at the pharmacy or from a doctor's prescription.

Regardless of the way the mother to handle or treat the Singapore flu in a child will not mean if the mother does not keep the cleanliness of the house every day. In addition to medical treatment, preventing such hygiene is a key in preventing various health problems such as the Singapore flu in children and infants. So many information can be given, hopefully can give a useful information for all. Thanks.
Facebook Twitter